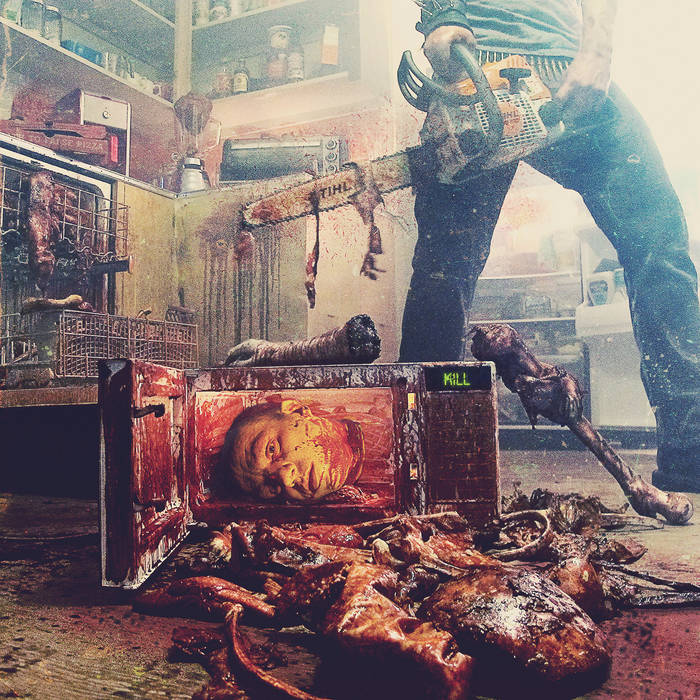 Awaiting Death Re-recording of one of the finest goregrind album ever released.
Some parts now sounds more audible while still keeping the aggression that made the original so fucking amazing. Favorite track: Limb From Limb.

S810 I really enjoy this "necrospective" of one of the greatest goregrind albums of all time. You can't argue with the increased sonic fidelity of this recording. It brings new light to something that was muddy and hard to get a good listen in. But it does seem to lose some of its charm; the vocals are easier to understand, which takes away from the overall ferocity of the album. Also, the buzz saw guitars are gone! The best part! But the new art is better and the vinyl looks cool in my collection. Favorite track: Limb From Limb.

Veggietales From The Crypt

Originally released in 1998 EXHUMED's now-classic debut full-length 'Gore Metal' was a boundary pushing album of absolutely filthy grinding death-metal. Everything about it was over the top--lightning fast speed, blazing guitars, b-movie slasher-film inspired lyrics, disgusting album artwork, etc etc. This was a record that made Carcass look PG. In otherwords, a true underground classic! Not content to let the album rot away, EXHUMED returned to the studio almost 2 decades later to re-record their landmark debut. The filthy fury of the original version is still there, only tightened up by years of touring and with a greatly improved recording. Presented with completely new art-work that is even more disgusting than the original! Deluxe 2CD set comes packaged with the original version of the album for the price of a single CD. Limited edition LP available!

Bandcamp Daily  your guide to the world of Bandcamp